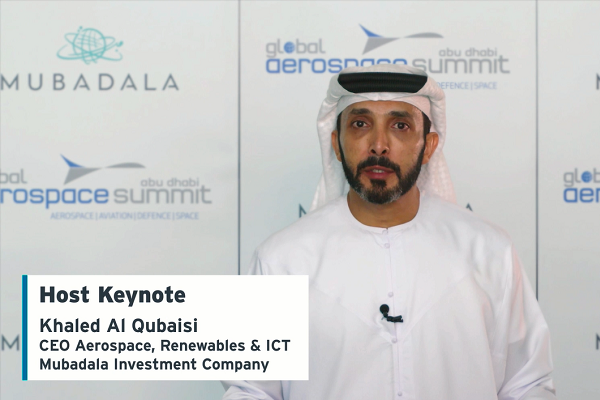 28 September, 2020 – Abu Dhabi, United Arab Emirates:  Increasing use of emerging technologies and faster digital transformation will help support the recovery of aerospace and aviation. That was one of the key points of agreement amongst international experts on day one of the Global Aerospace Summit 2020, which began today in a virtual format. The Summit included a line up of industry leaders from across the world who addressed audiences online regarding the aviation, aerospace, space and defence sectors’ biggest tests and future prospects.

H.E. Mohammed Ahmad Al Bowardi, Minister of State for Defense Affairs, United Arab Emirates, said that wherever there is ambition, innovation and creativity, humanity will find the ability to overcome difficulties, achieve the impossible and rise again. He added that the UAE has developed a unique model for dealing with this crisis to ensure the continuity of work and the resumption of normal life.

H.E. Sarah bint Yousef Al Amiri, Minister of State for Advanced Technology and Chairwoman, UAE Space Agency, highlighted that growth in the space sector is being driven by the need to develop new design concepts and that seemingly traditional roles in space are changing with government enabling the private sector to facilitate industry growth. H.E. added that new players entering the space sector are focussed on the development of capabilities and technological advancements.

H.E. Ahmad Al-Ohali, Governor of Saudi Arabia’s General Authority for Military Industries (GAMI) explained how GAMI has created a framework to streamline the investment landscape so that there are no barriers to foreign investors who are interested in entering the market, as long as they partner with the Kingdom in its promising journey towards localizing the industry through building on the mutual interests and common goals.

Khaled Abdulla Al Qubaisi, Chief Executive Officer, Aerospace, Renewables & ICT, Mubadala Investment Company said that the industry is in survival mode and facing extremely tough new decisions. He added that as an industry of innovators, leaders will have to use this mode to transition to a more agile and sustainable business mode.

H.E. Faisal Al Bannai, Chief Executive Officer and Managing Director, EDGE addressed the effects, opportunities and lessons of disruption time and how to manage supply chains in the Arab region. H.E. spoke about how the aerospace industry is going through further iterations and evolutions with autonomous technology. Examples include the increasing use of drones, which bring more security to human workforce.

Jim Taiclet, President and Chief Executive Officer, Lockheed Martin Corporation highlighted how the organization’s partners are looking to leverage emerging technologies for the benefit of their men and women in uniform and their citizens – technologies such as artificial intelligence, 5G telecommunications, quantum and distributed computing. He added that the industry should actively seek opportunities to partner with commercial technology companies and academia to bring some of these game-changing technologies into the 21st century battlespace, and build and empower the next generation of talent.

Tony Douglas, Group Chief Executive Officer, Etihad Aviation Group described how leadership in aviation and aerospace is going to be more important in difficult times like this than any time before. He spoke about how Etihad is navigating the greatest crisis in aviation history and talks of the importance of wellness, technology and sustainability as drivers for the future.

Hosted by Mubadala Investment Company and EDGE, the Summit analysed how the aerospace and aviation industries can quickly recover and where efforts must be made to support the regeneration of those sectors. The international thought leadership forum has been organised by Streamline Marketing Group and Tarsus F&E.

Stay up to date

Subscribe to our free email updates.
You'll get about two emails per month. We'll never share your address.